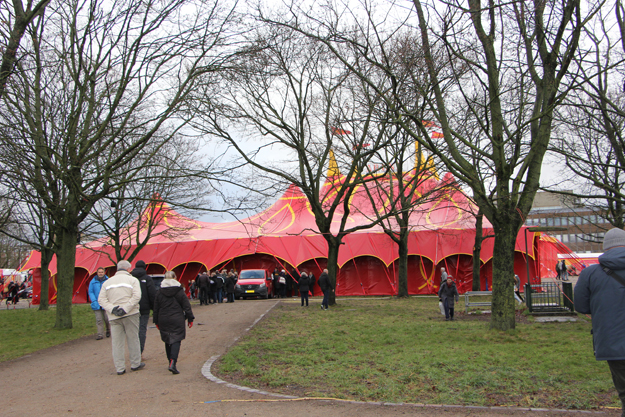 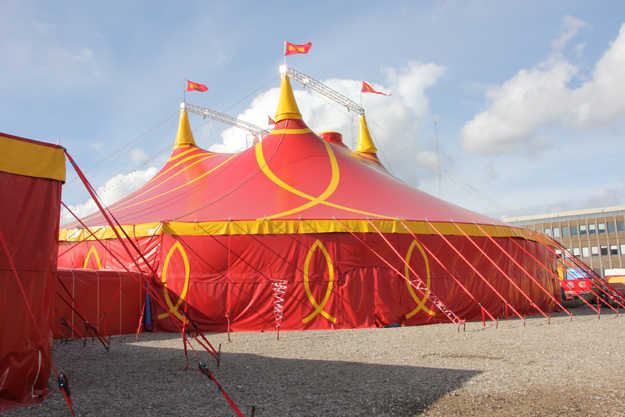 Brief history of the show:

During its first seasons Arne Berdino Olsen himself, Abdullah and the clown Larno performed a none-animal show. From 1958 Arena presented ponies and could thus be called a dog and pony show! It was still a family show: Arne Berdino did magic acts, his son Benny (born 1946) performed as juggler and his daughter Jytte performed in trapeze and on tight-wire. In 1964 Benny Berdino married Hanne Reinsch (born 1944) and she joined the performance presenting pigeons. When Benny and Hanne's two children Susanne (born 1965) and Jackie (born 1969) grew up Susanne rode high school and did balancing and Jackie presented liberty horse acts.

When Arne Berdino died in 1976 his son Benny Berdino took over she show.

Benny Berdino's ambition is undoubtfully to be number one among Danish circus owners. Despite some seasons with economical problems (including a personal bankruptcy for Benny Berdino after the 1987 season) Arena has grown under Benny Berdino's ownership. Arena is today  the largest circus in the Nordic countries presenting an international programme without any family acts in a large 4 pool tent with traditional one-ring set up and with a seating capacity of almost 1,300 people.

Beside circus Arena Benny Berdino was until 2015 involved in a show in Sweden called Circus Skratt ("Skratt" is the Swedish word for laughter). Owner of the name SKRATT in Sweden is a Swede, Bo Rönnberg, who rented the circus, tent and all, from Benny Berdino. Furthemore the Berdino family also owns a number of circus tents which are leased out to festivals etc.